Germany stars train ahead of World Cup warm-up matches as boss Joachim Low says: ‘I have a very good feeling about the tournament in Russia… all the players are on fire’

Germany stars trained on Saturday ahead of their two World Cup warm-up matches next month.

Joachim Low’s men are preparing to face Austria and Saudi Arabia before beginning their World Cup campaign against Mexico.

They have been training at their camp in South Tyrol, Italy all week and took to the pitch again on Saturday. 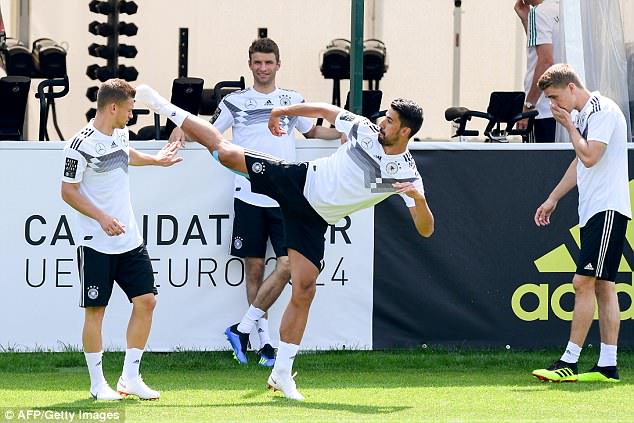 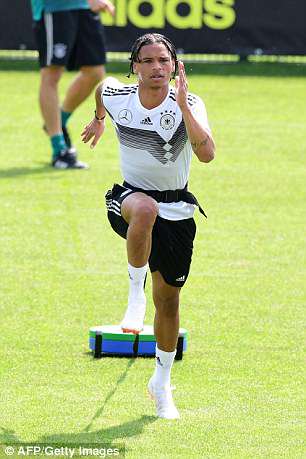 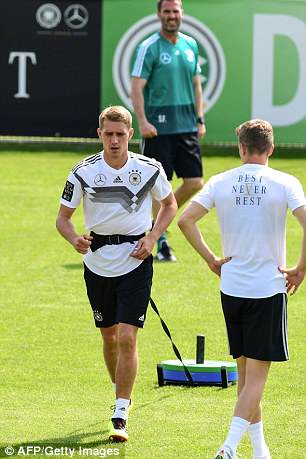 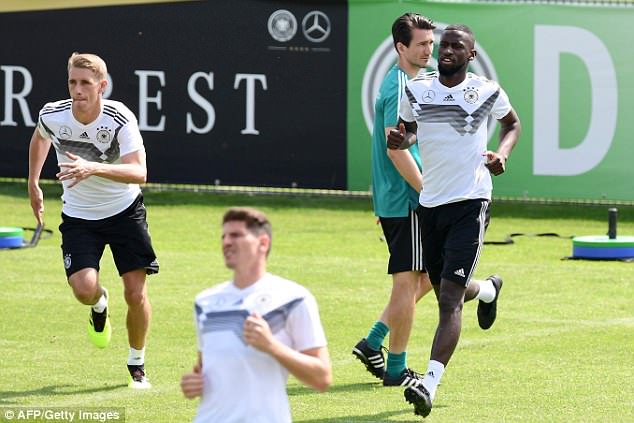 The session seemed to be light and relaxed with a focus on physical and fitness exercises.

Manchester City star Leroy Sane wore a resistance band attached to a weight around his waist as he done high knee sprints during the session.

Low also had his men take part in short sprints and stretching exercise before finishing the session off with a team meeting. 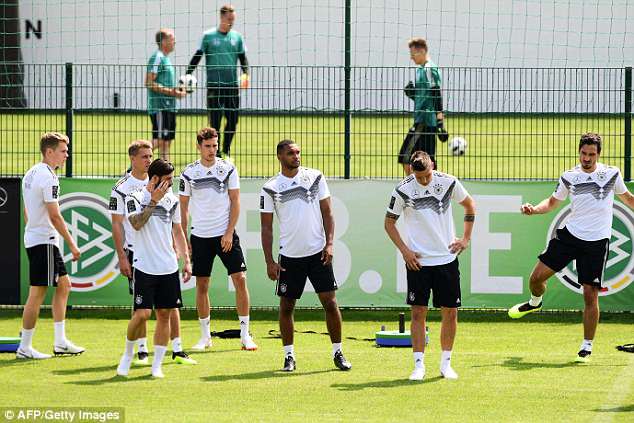 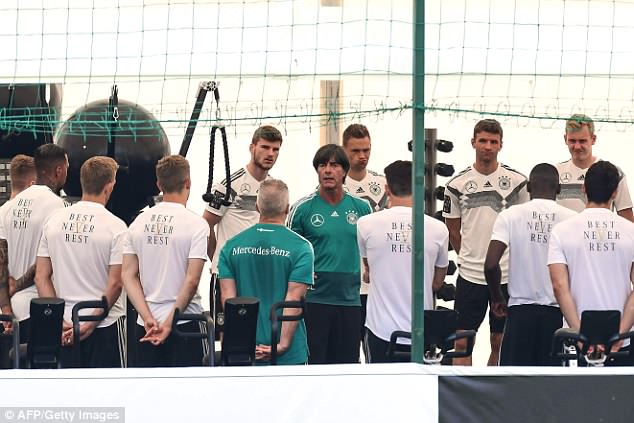 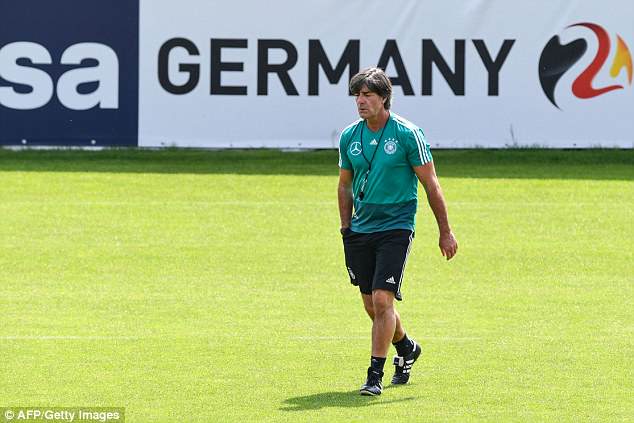 Germany are among the favourites to go all the way in Russia and Low admitted he is brimming with confidence just three weeks out before they begin their World Cup defence.

‘I have a very good feeling,’ said the German boss. ‘I don’t know what will happen with this golden generation after the tournament.

‘It’s possible there will be a break-up. But all the players are on fire for the World Cup.’

Low added: ‘I don’t have to coax new craving or new enthusiasm from the players. The craving and ambition are still there, even among those who became world champions.’

We gather news from all across the world so that you never miss what matters to you.
Download our free Android APP and Stay on Top of the Latest Football News.
Get the application Here >> “FootNews” On Google Play

World Cup Team of The Tournament

World Cup Goals Of The Tournament

Pussy Riot say they were behind World Cup pitch invasion

Can England Finally Deliver In A World Cup?